Whither goest thou, Ukraine?

Volodymyr Zelenskiy started his term as president with far more trust among Ukrainians than any of his predecessors, including Petro Poroshenko. Such a strong wave of support allows him to undertake many reforms, including unpopular ones – which the new Verkhovna Rada has taken to at a remarkable pace the minute it hit the ground. However, it’s early to say that he has complete carte-blanche: the minute rumors appeared that Ukraine might sign on to the Steinmeier formula regarding elections in occupied Donbas on Moscow’s terms, a huge protest rally showed up in downtown Kyiv.

RELATED ARTICLE: Portrait of the Servant as a young pol

In general, Ukrainians’ attitudes towards the war in the Donbas have shifted over the years, but they haven’t changed fundamentally. Where in September 2014, after the tragic rout at Ilovaisk, 28% wanted peace at any price, a year later this figure fell by 7% to 21%, exactly the amount that the proportion of those who favored compromise rose – from 47% to 54%. One factor that may have affected public opinion was the signing of the Minsk accords, which may not have been carried out but, according to Poroshenko, had no alternative. Support for a military victory has remained fairly stable over the entire period, fluctuating between 14% and 18%.

The share of those who see the occupied Donbas returning to Ukraine the way it was before has grown more than 10% in five years, going from 45.5% to 56.0%. Support for greater autonomy within Ukraine fell steadily until after the VR election, when it saw a bump in support. A very small proportion of Ukrainians – 3% for each position – still think that Donbas should become independent or join the Russian Federation.

RELATED ARTICLE: Voting as a mirror image of voters

Under Poroshenko, optimism about the country’s course fell year by year, until it took off again with the election of a new president. However, it already fell 12% between September and October 2019. On the wave of enthusiasm, an unprecedented share of Ukrainians, 19%, were also prepared to suffer materially for the sake of reforms. Another 40% were prepared to tighten their belts for no more than a year, but this is also the highest percentage in the last five years. What’s more, confidence in reforms grew dramatically after Zelenskiy’s election, up to 60% who were positive, compared to 35% a year earlier. At the same time, the share of Ukrainians who aren’t sure whether the country is going in the right direction or not in the last two months is very high at 26%. They seem to be observing the new administration with some trepidation, not sure what to think of it. 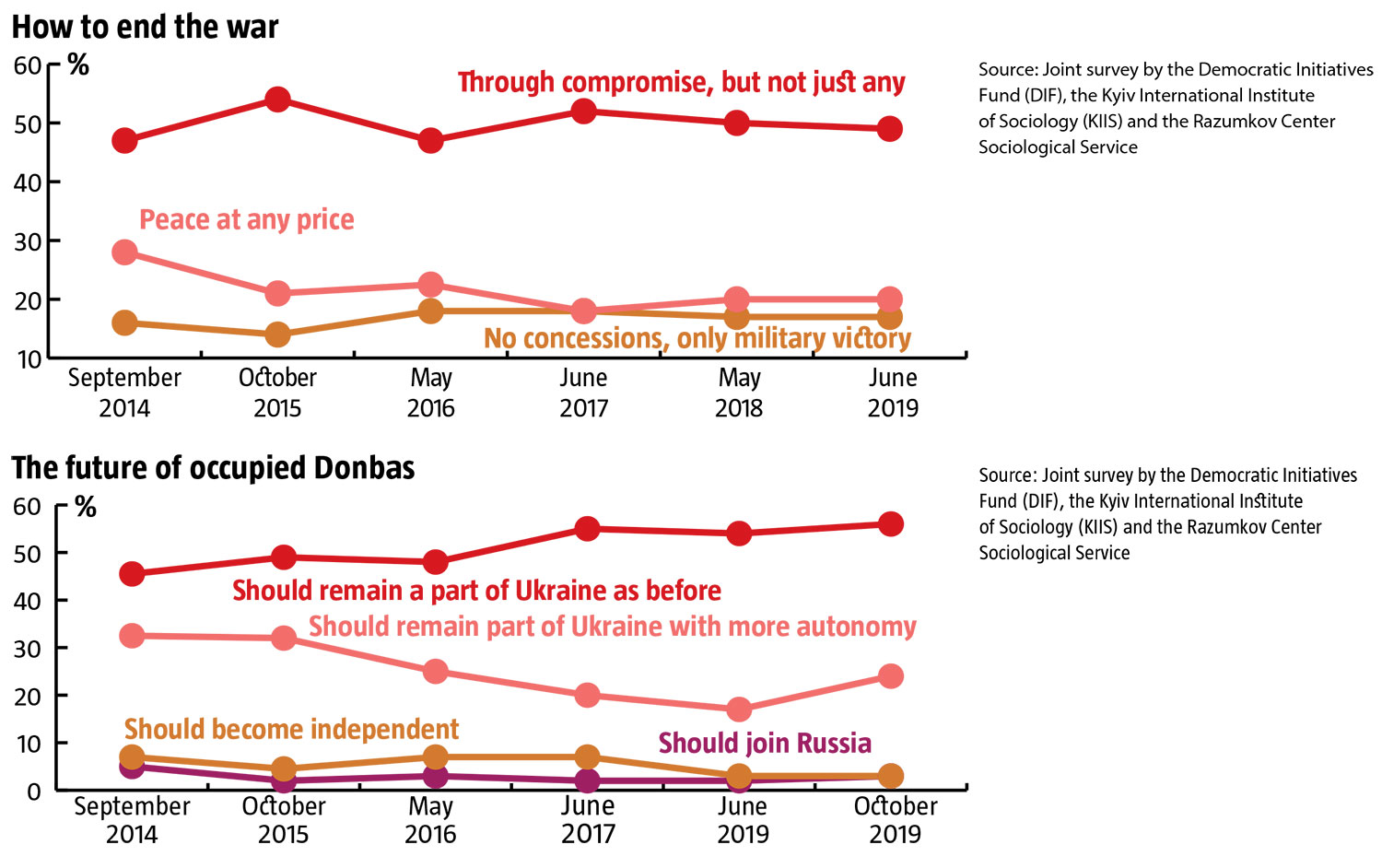 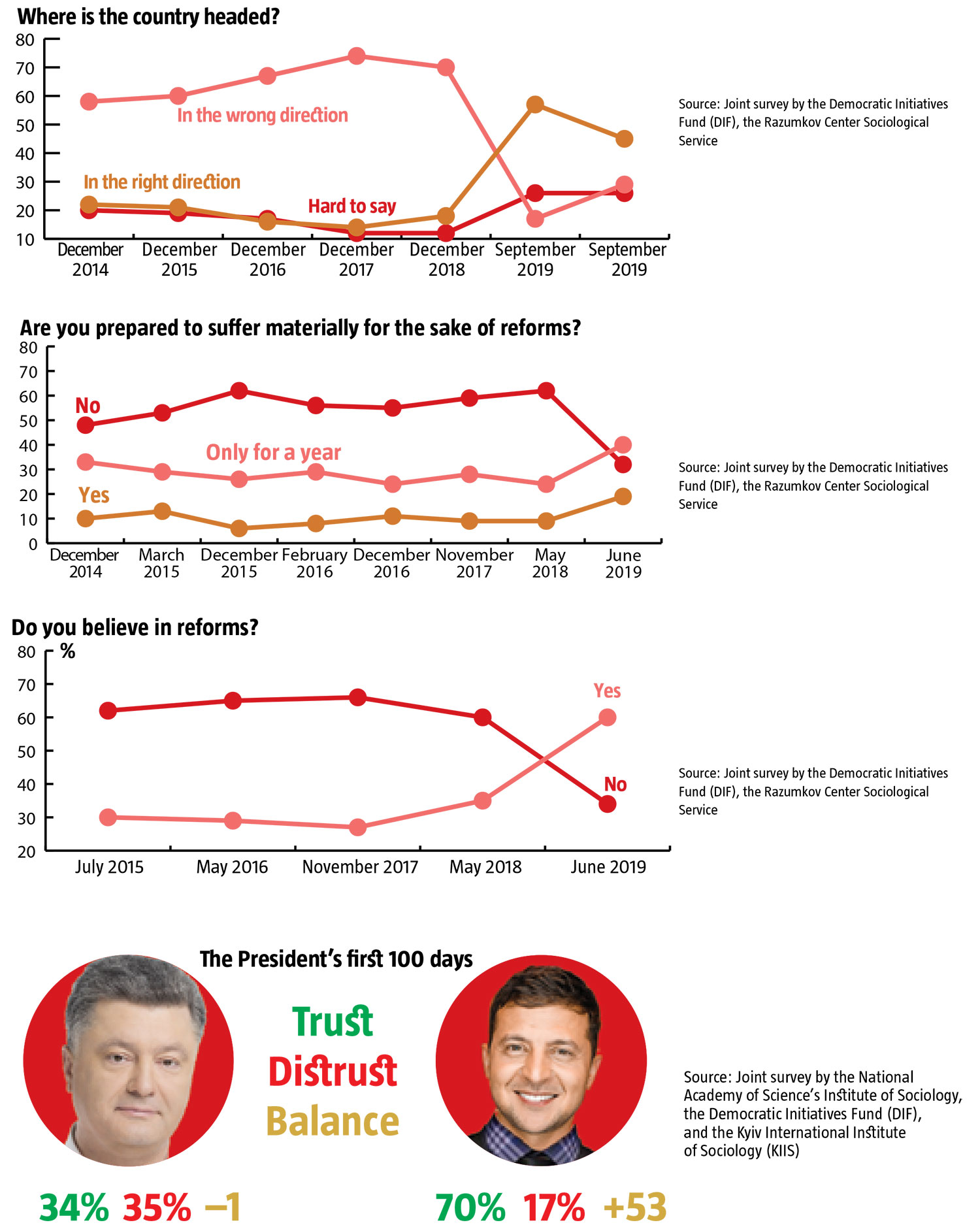 Özgür Ünlühisarcıklı: “I think the US-Turkey relationships as we have known it is already dead”

Between a rock and a hard place

Taylor tells how US army learns from Ukrainian